She was born in London. But came and stayed in India. It can be said that when slave India was sleeping politically during the British era, they woke it up. Her name was Annie Besant. Due to her work in this country, the people of the country started lovingly calling her Mother Vasant, then Mahatma Gandhi gave her the title of Vasant Devi. She was also the President of Congress.

Annie Besant was born on 01 October 1847 in London. He had great affection for the soil of India. The way she raised her voice many times during the British Raj, she also gave her the image of ‘Iron Lady’. She was greatly influenced by Indian philosophy and Hinduism. She used to call India her home. She always used to say that the religion of Vedas and Upanishads is the true path.

If there is no idea from the husband, then there is a separation.
His childhood was spent in poverty after the death of his father. But she was rich in amazing talent. Knowledgeable in many languages. In 1867, Annie Besant was married at the age of 22 to Reverend Frank Besant, the priest of the church. But due to her independent views of nature, she was opposed to her husband. For this reason, she resolved to break ties with her husband and connect with humanity. 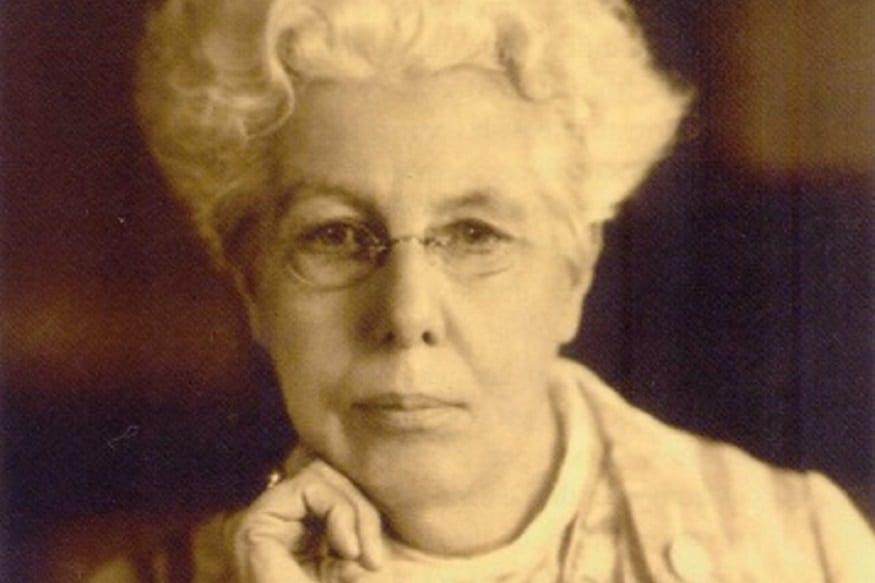 The marriage of Annie Besant, who belonged to an Irish family, broke down because she was free-thinking about religion. Her husband was a staunch pastor. After breaking the marriage, she lived in India for freshness. He made this country his work land. (file photo)

Before the speech, she used to say ‘Om Namah: Shivaay’
His faith in God, the Bible and Christianity was shaken. The marriage ended amidst much bitterness. Divorced in 1873. There was a lawsuit for writing articles against religion. While living in India, he never considered himself a foreigner. Before giving lectures on Hinduism, she used to chant ‘Om Namah Shivaya’. Didn’t like to be called mem sahib.

love india
Annie Besant liked the name ‘Amma’. He loved India. The way she lived in India and was engaged in the service of the people from here, the people of India started calling her ‘Maa Basant’. Since she had also contributed a lot in the independence of India, Gandhiji respectfully called her Vasant Devi.

Established Central Hindu College in Banaras
Besant made Kashi his center. He had established the ‘Central Hindu College’ in Banaras. To remove social evils like child marriage, caste system, widow marriage etc., an organization called ‘Brothers of Service’ was formed. She used to bring out two magazines from here and used to write against the British. She was also the President of Congress.

The vows she used to make people for her organization
Knowing about the commitment of the organization that Annie Besant had created, it is still astonishing to know how much revolutionary work he had done then. How did he play a role in changing the Indian society? To join this organization, people had to sign the affidavit, accepting these things
– I will not do untouchability based on caste
– I will not marry off my sons before the age of 18
– I will not marry my daughters before the age of 16
– I will educate the wife, daughters and other women of the family. I will promote girl education. I will try to solve the problems of women.
– I will propagate education to the general public
I will try to eradicate class based discrimination in social and political life
– I will actively oppose the social restrictions that a widow faces when she remarries
I will try to bring unity among the workers in the field of spiritual education and social and political progress under the leadership and direction of the Indian National Congress.

entry into Indian politics
He entered Indian politics in 1914 at the age of 68. He started an effective ‘revolutionary movement Home Rule’. This movement is considered to be the new birth of Indian and Congress politics. This movement brought policy changes in the politics of India and the policies of the British government.