The National Family and Health Survey in India shows that the height of adults in India is decreasing at an alarming rate. It has been said in the survey that we need to pay attention to why this is happening. The reason for the length of different classes in India is because of their different genetic groups. But there are many reasons for the decline in the height of adults in India, including lifestyle, nutritional, social and economic effects.

the country with the tallest people
Some similar research has also been done around the world. It is also known from them that now the height of people in the world has started decreasing. The Netherlands has long claimed that its people are the tallest in the world, but recent research suggests that the current generation of Dutch people has become slightly smaller than the previous generation. The average length of males is 1 cm, while the average length of females is reduced to 1.4 cm. 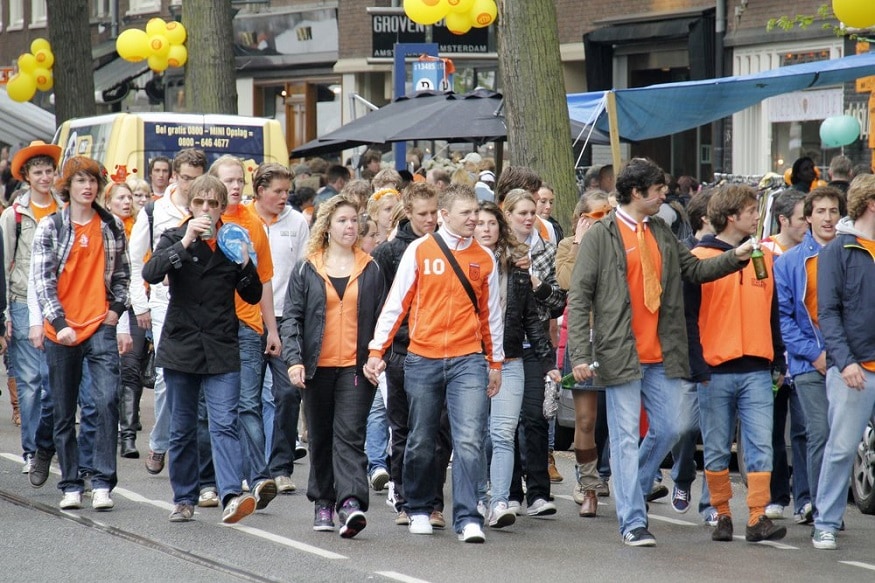 The tallest people in the world are from Netherlands but now their height has also decreased.

What is the main reason for this in India
What is the reason behind this. In India, it is generally associated with childhood nutrition. If children get the right nutrition at an early age, it has a positive effect on their height. But its effect is also related to our home environment, stress. Tension can range from social to religious.

Dutch people are getting shorter too
In the Netherlands, the Central Bureau of Statistics (CBS) conducts a nationwide health survey every four years. In this, the height of people is also measured. In 2020, the average height of 19-year-old Dutch men was 182.9 cm, while that of women of the same age was 169.3 cm.
However, the height of the Dutch people grew very rapidly between the 60s and the 80s. The height of men born in 1980 increased by an average of 8.3 centimeters compared to men born in 1930. Similarly, the length of women increased by 5.3 centimeters during this period.

Does drinking milk increase height
The reason for this was said to be drinking more milk of the people there. However there are other reasons as well. The Netherlands ranks first in the Human Development Indices i.e. lifestyle is good, nutrition is good. The tension remains low. Social and economic conditions are also good. People are happy. Denmark has the same index among other countries. The people there are tall too. By the way, most research suggests that being tall increases your success. The taller you are, the more money you make. You leave a lot of influence among people. It is believed that in general, women are also more attracted to tall men.

Length is reduced due to many reasons
But now why the height of the Dutch people has stopped growing. Rather, the length has started decreasing. 19-year-olds born after 2000 were reduced by an average of 1 cm in height compared to men born in the 1980s.

The height of women also became smaller by 1.4 cm. The main reason for this is being told due to changes in food habits and economic crisis. Surprisingly, the reason for this is also believed to be the arrival of migrants in the Netherlands. By the way, now the Dutch have also started to believe that there are problems in their lifestyle. The nutritional value of food has also decreased. Along with this, the physical activities of the people are decreasing.