Food Joints of Delhi: Today at Delhi Food Joints, we will take you to such a paan shop, whose paan has been tasted by many presidents and leaders of the country. The President of America has also tasted the paan of his shop. Now when we are talking about paan, let us first give you some information about it so that you feel that paan is really a lot. Paan is called Tambul in Sanskrit and it has great importance in Indian culture and Hindu rituals. It is offered to the deities along with incense, lamp and naivedya by saying ‘Tambul Samarpayami’, while it is also considered useful in makeup and toiletries. Paan is also full of medicinal properties, that is why it is described in Puranas, Sanskrit literature texts, sources etc.

There is a long description of the properties of betel leaves in the book Sushruta Samhita of Ayurveda. The paan has been dear to litterateurs, writers and poets. Bhartendu Harishchandra, the father of modern Hindi, always used to take paan in a silver box, while Amrutlal Nagar, the author of famous Hindi novels ‘Nachayou Bahi Gopal’, ‘Bund and Samudra’ etc. used to consume paan continuously. Paan has also been in discussion in Hindi films. The song ‘Paan Khaye Saiya Hamar’ from the film ‘Teesri Kasam’ and ‘Khaike Paan Banaras Wala’ from the film ‘Don’ still captivates people.

Get 70 varieties of paan

The shop of ‘Pandez Paan’ is as famous as paan. It is located in the New MPZ Market of North Avenue in the VVI area of ​​the capital. Apart from the Parliament, there are also residences of Union Ministers and MPs, while the bureaucrats of the country also reside in this area. This shop sells about 70 varieties of wonderful paan, which are divided into different categories, these include foot paan, sweets nuts, chocolate, chocolayer fruit nuts, plain and herbal etc. If you listen to the names of these paan, then your health will start becoming as colorful as paan. 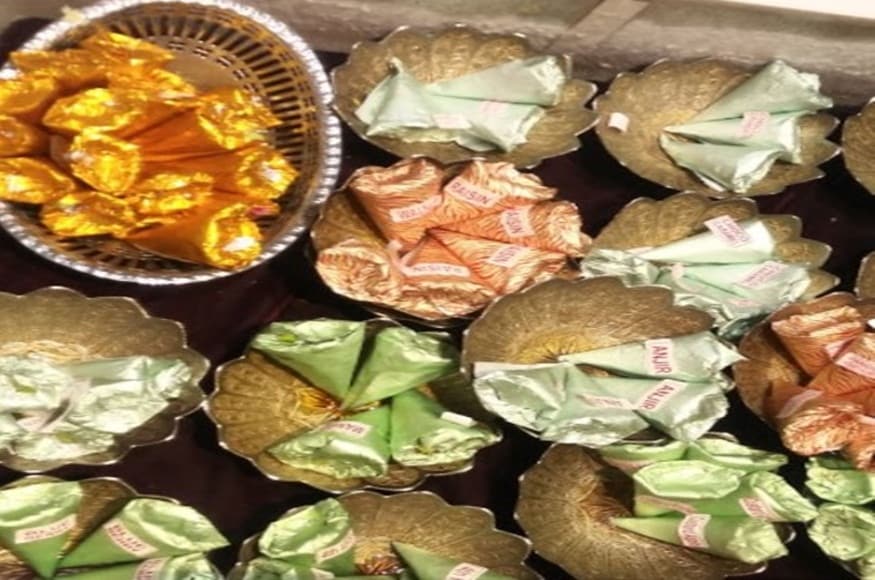 About 70 varieties of wonderful paan are sold at this shop.

There is Madhuri Honey Sweet Pan in the name of cine star Madhuri Dixit as well as Butter Scotch Pan, Idiot Sweet Pan, Mango Dipped Paan, Strawberry Sweet Pan, Fig Paan, Black Forest Sweet Pan, Maghai Patta Plain, Meetha Paan, Chocolate Sweet Pan etc. are included. The price of all these paans ranges between Rs 30 to Rs 100. You believe that the fruit of which you want to eat, you will be spotted in the taste of it.

US President Obama, Trump have also tasted the taste
The owners of the shop say that neither chemical nor any tobacco is used in their special paan. Because of this, children also like the paan of this shop. The fame of this paan shop is that the president and big leaders of the country have imbibed the taste of paan in their shop. When Parliament is running in New Delhi, there is movement of MPs of all parties at this shop. Not only this, when two US Presidents Barack Obama and Donald Trump came to India on an official visit, they were offered paan from this shop. When international guests have a meeting at Hyderabad House, they are served paan from the same shop after the meal.

This paan shop in this area was opened in the year 1960. But long before this shop was running in Connaught Place. In the year 1943, Shivnarayan Pandey opened a Panwari shop in G Block. He has a shop in G Block of Connaught Place. After Pandey ji, his son Deviprasad Pandey took over the responsibility of these shops. Today these shops are being managed by his sons Hari Om Pandey and Harishankar Pandey. We talked to Deviprasad Pandey ji about shop and paan. He told some interesting things. He says that in the olden times Mrs. Indira Gandhi had offered her father Shivnarayan ji to contest the Lok Sabha elections, then the father had folded his hands saying that “we can make lime in paan, not in politics”. This paan shop in this area was opened in the year 1960.

According to Deviprasad, our paan is so pure and filtered that it can be eaten by children from five years old to women and the elderly. We give priority to cleanliness. The betel leaves are washed with filtered water and we take special care while applying betel leaves. Our special paan starts dissolving in the mouth within 30 seconds and leaves the taste as per its name. The shop opens at 10 am, paan can be eaten till 11 pm. There is no metro station nearby. Even then Patel Chowk and Delhi Secretariat Metro Station This shop can be reached by taking an auto.